The daring converter and the method that reinvents flexo

CIESD has scored a masterstroke in view of a new and ambitious objective: to conquer, after the leadership in candy wrappers, a place in the sun in the food packaging market. With a complete range of roto and flexo technologies and a process management method with amazing results.

In its 40 years of existence, CIESD in Pregnana Milanese has established itself as a reference manufacturer and then as an absolute leader in the segment of twist wrappers for the confectionery sector, developing its structure, results and production area up to the current 25,000 sq.m. But success does not necessarily “last forever” and back in 2005, when everything was going well, the owners began to plan a new path in the promising world of packaging.

It was a mix of passion, curiosity and foresight that paid off, allowing the company to consolidate even after the 2019 anti-PVC campaign, after the subsequent contraction of twisting in the confectionery industry, and in the midst of socio-economic transformations that are committing companies to update production and business models.

So it is no coincidence that today CIESD enters as a protagonist in flexible packaging for food. It does so with an offer of top level and well tested roto and flexo technologies, and with that “something extra” that is attracting the attention of brands with promises impossible to ignore. Thanks to it, CIESD is able to obtain the result of the digital proof approved by the customer at the first printing sheet, and on substrates of any kind.

But what is that “something extra”? It is a working method for which the adjective “revolutionary” fits like a glove, which reached CIESD following a fortunate double encounter of Francesco and Marica Petrillo and Lorenzo Della Grazia: with Andrea Focareta, today General Manager of the Lombard converter, and with his historical collaborator, master in color and process management, Luigi De Rosa. Here is what the three protagonists have to say. 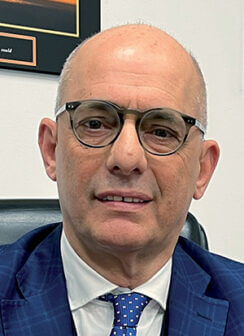 About a year ago,” says Petrillo, “everything was in place at CIESD. We had chosen to distinguish ourselves from the large number of single-technology converters by offering the market flexible packaging printed in roto or flexo, on simple and laminated substrates, with technologies and skills of the highest level, the result of bold investments. But we were still missing something: that “plus” that is needed to create interest, to convince the big brands that it will not be a waste of time to test a new supplier when there are already many with whom they work well. In short, what was missing was a really special promise, capable of drawing attention to us, good and proud but still the last to arrive.

I found it by talking to Andrea Focareta. He told us to invest in a new technology generated by new skills, with the aim of offering customers a print quality and a result equal to the digital proof, both in roto and flexo. And to achieve this by looking at the workflow with totally different eyes, capable of opening up new horizons. That’s what we were looking for! And so we set off.

Focareta, in the role of general manager, and “his” printing and color expert, Luigi De Rosa, gave the go-ahead for the new entrepreneurial project. Under their leadership, the company is re-organizing to consolidate the innovative methodologies that De Rosa teaches our operators with overwhelming enthusiasm, and it’s thanks to this great work that today we can make new promises to the market. Because we are no longer “only” able to carry out with maximum efficiency the jobs and services requested by our customers, but to reach new heights of quality, even on the most challenging substrates, with a machine and color management that generates results never seen before. Revolutionizing classic methods”. 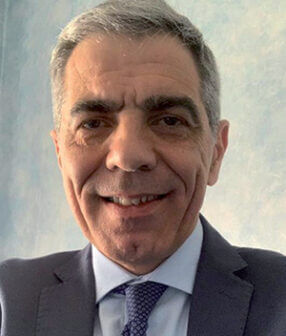 “I’ve been working in packaging for more than 30 years, and in the companies where I’ve worked, I’ve given and received a great deal, collaborating with clients of all types from whom I’ve learned everything I know”, said Andrea Focareta. “It’s a path that I’ve followed for the most part in the company of De Rosa, and we share a “fixed” idea: in a world where everyone is good at everything but the optimum is never reached, to be able to create a process for color management that governs the infinite variables in play so as to guarantee certainty and repeatability. We imagined finding a factory so innovative that we could create something different, until we found it in CIESD.

The heart of the project we started together with the Petrillo / Della Grazia family lies in a method for digital color reproduction in roto and flexo. It’s called LDR and not only does it make it possible to infallibly obtain the correct color on the first sheet of press – something that no one else is able to do – but it is, in fact, an inter-subjective method, not dependent on the abilities of the individual: at the end of the path we have undertaken, it will be CIESD, and not Luigi De Rosa, who will work with those results and that effectiveness.

At stake is not only the management of the inks but of the entire printing process and the results are testified by the tests carried out with very important brands. Thanks to these tests, we can now present ourselves to the market with the humility of someone who knows he has to prove his worth, and with the credibility of someone who, instead of proclaiming ‘we’re the best’, says ‘here’s what we know how to do'”.

[toggle title=”The technician: the ace up his sleeve” load=”hide”] 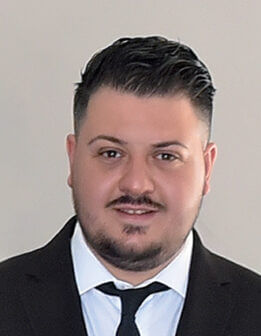 From a working point of view,” says Luigi De Rosa, “I was born in the North as a machinist and ink preparer in leading companies in the sector. From there, Andrea Focareta called me to Seda, where I was able to cultivate an organic professional growth, moving between cylinder engraving, pantone pre-printing, color formulation and printing, following increasingly important customers and increasingly challenging projects. That’s where I learned everything I wrote about in my book* and after 7 years, having reached the ultimate limit of this journey, I agreed to go to Poplast to put what I knew into practice.

I had the good fortune to work with several important customers on targeted projects, creating the LDR gravure process on board the machine, with unprecedented results. And then I felt the need to test those goals in another reality, to interact with new people and different methodologies, starting a sort of beta test of my system also for flexo printing. That’s why I’m excited to start a new phase of my work as a consultant in CIESD, where I also have the opportunity to train qualified personnel in every business sector”.

We’ll talk about this in detail in the next issue of Converting. 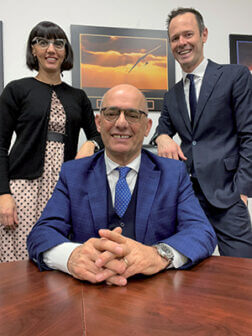 Francesco Petrillo between his daughter Marica and Lorenzo Della Grazia

The history of CIESD is worthy of the best Italian entrepreneurship and is due to a worker from Puglia with the genius and passion of a captain of industry, named Francesco Petrillo. Very young, he fell in love with Milan, with the Milanese dialect (undisputed champion of tongue-twisters), with a Milanese woman (whom he married) and with the rotogravure press to which he dedicated every day and many nights of his youth.

Today, with the entrepreneur is in the saddle more firmly than ever, his great wife is always at his side, his daughter Marica joined the company over 10 years ago, bringing with her experience gained abroad and in multinational companies, his son-in-law Lorenzo has been CFO for 15 years now, with a strong background in administration and finance that has seen him as a consultant and then in prestigious roles in large globalized companies.

And the business doesn’t stop. “With a structure and culture that is up to the new challenges, we are revolutionizing everything once again,” Marica declares. “The driving force is still the good work put in at the company’s origins, as well as the reward: to develop a company where passion and a sense of responsibility dominate.”

Her beloved Manuela, the sister who died prematurely and who made CIESD great alongside her father, would have liked it too.

Luigi De Rosa has developed a standardized process of print management (and of the relative operativity) with the aim of obtaining the repeatability of all types of work, new or reprinted, without downtime or ink problems, with the highest quality. This process, christened LDR, starts by working on prepress (engraving of the dies and management of the digital file) and then intervenes on the individual elements of the printing process. The results are extraordinary: with the LDR method it is possible to operate with a streamlined and standardized workflow obtaining, on any printed support, the reproducibility of digital colors.

Print4All 2022: the offering is reinforced