The Barcelò Hotel in Milan hosted the FTA Europe Diamond 2018 Awards ceremony: the FTA European flexography association print quality award, of which Atif is the Italian member and which therefore acted as host as well as guest, fielding all the experience gained in the management of the national BestiInFlexos. Purposefully organized during Print4All, the event is the crowning achievement of an initiative that takes place every two years that sees the winners of the corresponding national competitions of the previous two years compete in a “sporting” event involving European competitors.

The seven winners of the BestInFlexo Gold 2016 and 2017 were entered for Italy. The jury, made up of five members – one for each European competition association (in addition to Italy, UK, France, Spain and Benelux: Denmark is an authoritative FTA member but does not organize the national award) – met on 27 and 28 March last, and examined the nominations of the 14 categories of the competition. And in the lively evening presented by the beautiful and very capable former Miss Belgium Anne de Baetzelier, in addition to the trophies (forty in all) – declined in a first, second and third place –   the  Best in Show was assigned to the “super winner” over all: Wipak Iberica. 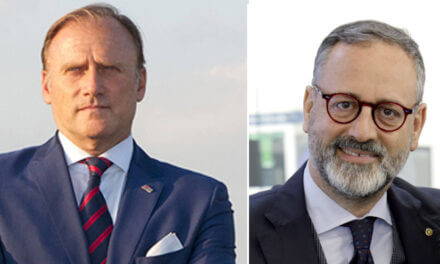 Roto4All: over 560 attendees at the rotogravure webinar