Figures, analysis and evaluation criteria of a technology in which Italy excels in the world, taken from the first webinar of the Acimga Rotogravure Printing Group. Which, proving the great interest in the topic, was followed by over 500 operators, a quarter of which international.

The rotogravure industry enjoys a vitality superior to what sector communication implies. It is an industry that speaks little but does a lot – it could be said – and above all that matters a lot, according to the data released on April 28 during its first seminar (obviously via the web) by the new Gruppo Italiano Rotocalco of Acimga – the association of Italian manufacturers of all technologies: of printing, packaging and converting.

Rotogravure – documented for the occasion the director of Acimga, Andrea Briganti – plays an important role in a sector worth € 17 billion of the global trade in machinery for the graphics, paper and converting industries (data 2019).

In this context, the Italian industry plays a leading role, attested by the excellence recognized globally and by the figures that our local manufacturers of third-party machines rank in the supplier rankings after Germany and China, with a 2019 production of around 60 million dollars. Main importers: USA, Indonesia and China, followed by a large group of Eastern countries.

Advantages and limitations of an evolving technology

The advantages generated by this technology are clear and very relevant, today more than ever: quality and reliability translate into the famous dependability which is the ability to replicate the same job umpteen times, with the same yield, thus ensuring continuity over time to the brand communication that the brand owners demand as a priority. Furthermore, if used correctly, the rotogravure printing press can become an element of strength in the sustainability strategy of companies which, it is also underlined in this webinar, today more than ever represents an essential pillar of development.

The other side of the coin, or rather the historical limits of rotogravure compared to other printing techniques, are instead the high cost of the machines and the cylinders, and the scarce flexibility of a process that weighs down job changes by halving the productivity of the plants (downtime for set up is estimated at 50% on average).

In fact, machine and component manufacturers have been working on these aspects for years, with important results and new projects in the pipeline oriented towards hybridization and efficiency. While on the “costs” side, the attention of Enzo Baglieri of SDA Bocconi focused on the April webinar to define the correct method of evaluating a speedy investment with a very long lifespan.

The cost of rotogravure according to the TCO analysis

A rotogravure machine, explained Baglieri, costs on average 2 and a half million euros, classifying this technology as very expensive. However, if we think in terms of Total Cost of Ownership (TCO), to measure the impact of the investment on a printer’s business,  we see that the evaluation changes a lot. The methodology is known and requires considering, also how the initial cost is distributed along the life cycle of the purchased asset and what other costs it creates due to its use.

To decline the TCO analysis on gravure technology, the University professor made use of the collaboration of three manufacturers with factories in Italy and two significant users. And here, doing averages and summations, what he considered:

The sum of these costs spread over 20 years of life oscillate between 650 and 780 thousand euros/year which – underlines Baglieri – are far from non-standard. And also the cost per square meter is all in all contained: considering that a rotogravure machine is purchased to produce large volumes of printed matter (even 30 million m2/year), it never exceeds 10% (15% in the case of small batches). 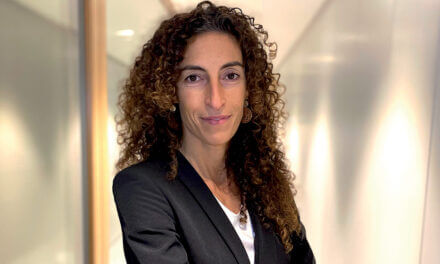