Short time at Cerutti to save jobs

Already renamed it the “Cerutti model”, the spearhead agreement to overcome the emergency of the expiry of the social safety nets (Cig and solidarity) signed in recent days by the historic Piedmontese company, founded in 1920 by Giovanni Cerutti and now headed by his nephew Giancarlo, is about to come into effect. Cerutti is one of the most important Italian groups in the production of printing and rotogravure presses for newspapers, labels but also banknotes and postage stamps including those of the Queen of England with Elisabeth present four years ago together with her consort at the inauguration of a Cerutti plant, an R981 press for printing British Royal Mail stamps.

In the factories of Casale Monferrato and Vercelli, the social shock absorbers ended on 23 September due to the reform of the Jobs Act, which in September 2015 had reduced them to three years. Waiting to understand if the Italian government, as requested by the unions at national level, will intervene to prolong the resorting to redundancy and solidarity contracts, thus allowing workers of companies that are experiencing times of difficulty, reconversion and productive reorganization, not to be fired, at Cerutti they found a solution to deal with the emergency.

Based on the group’s current production levels, 80-100 employees out of about 350 would have risked losing their jobs. Something that will not happen with the introduction of part-time and hence reduced working hours and wages. An agreement that everyone accepted – with the individual signature of the timetable revision – because, as the unions explained, if even only one worker had refused, the entire scheme would have come to nothing.

Thanks to this agreement, which remains temporary and that will last for six months, but that also testifies how a company rooted in the territory seeks solutions that are very different from the drastic ones often pursued by multinational companies, the redundancies and loss of important professional skills have been avoided, this in the expectancy of an increase in production and a turnaround in 2019. Cerutti has in fact announced it has already received some twenty orders for the coming year.

The reduction of working hours will not have the same impact for everyone: about twenty specialized assembly workers who work abroad will continue to be on full time, while all the others will be subject to a drop in hours of between 5 and 50 percent, depending on the job. The company has however guaranteed everyone a minimum one thousand euros a month, even with shorter than established timetables.

Marketing that doesn’t stop: the Saldoflex and BFT Flexo cases 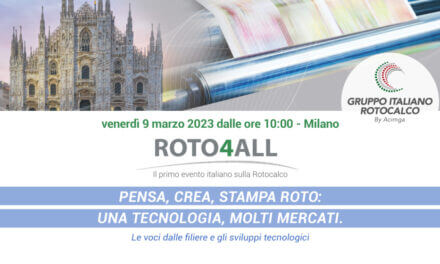