RTS: a buy-up that opens up new horizons

The new conditions of the globalized economy demand better structured actors, stimulating the concentration among companies through agreements, mergers and evermore frequent buy-ups. The purchase though of RTS Remote Terminal System by the Dutch TSS Total Specific Solution, which is part of the Canadian company Constellation Software Inc – made official a few weeks before CCE International – is atypical. The Forlì based software house, specialized in corrugated cardboard sector, has not in fact been bought by a competitor or by a financial company, but by a group of 3 billion dollars in turnover and 300 companies, which grows by aggregating well-established vertical realities in specific market segments. And that to open the way in Italy has taken its first step in Romagna. The former owner and now CEO of the new RTS, Gastone Partisani, went on to explain.

Bigger in order to talk with the great

«Today (March 13, Ed.) is the 38th anniversary of the founding of RTS», Partisani tells us at his CCE stand, where he made good contacts in a widespread climate of encouraging optimism. «We celebrated it with a really nice present. For RTS this acquisition is not only a source of pride, having been chosen as a partner by such a powerful group, but it is also the extraordinary opportunity to make a qualitative leap.

Until today, in fact, in some respects we were neither fish now fowl. With 50 employees and a turnover of 5 million we were too big to serve the small box factories and too small to engage with the large groups that, to have service guarantees, look for suppliers of a certain size. Now, finally, we can face the most important challenges like the big multinational groups with all the papers in order. While also supported on the technological level by a structure that promotes collaboration and sharing of Best Practices, as well as having a company of 200 developers in Romania who work for all the companies in the group and who need projects».

And what demands has the market made during this CCE? «I would say that right now the need to use management systems from mobile devices, mobile phones or tablets is paramount. This is what we are investing in, and that is part of what we are already presenting.

Werosys: an intelligent choice for hybrid printing and finishing lines

The Innovation Alliance 2021: here are the dates 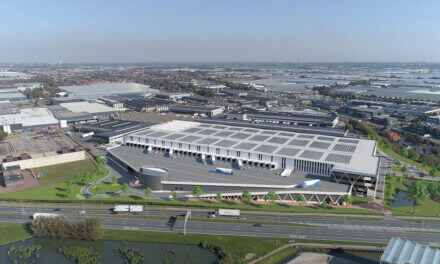