Unique because it’s special and will only be given out once, conceived in order to celebrate the tenth anniversary of the Kodak Flexcel system for digital flexo plates. The application deadline is coming up (16 October 2018). Here’s why you should participate.

Kodak Flexcel is a digital flexographic plate production system that has enabled printers and graphic reproduction service suppliers to develop functionalities for high resolution printing and implement them in a standard production environment. Its success is a testament to its consistency: Kodak has installed over 500 Flexcel NX systems across the globe, with double-digit growth in annual plate sales (a result well above the sector average, as Kodak’s representatives point out). The system has very high potential for spreading further, in the estimation of the concern, which has created the Global Flexo Innovation Awards to show the market, with examples of excellent jobs carried out by excellent printers, the efficacy of this solution.

The award and the jury

The awards will be given out for jobs that excel in quality and innovation in at least two of the following categories: – use of creative graphic design – conversion from other printing processes – production workflow efficiency – commitment to sustainable printing The contest’s prestige is guaranteed by that of the jury, which is strictly independent in its task of evaluating the candidates and headed by the international flexography expert Pier Luigi Sassannelli. The other members are also VIPs: Philippe Roulet, currently head of Packaging Material and Training at Nestlé; Sebastian Longo, Managing Director of Fotograbados Longo S.A. Argentina; Bernhard Stradner, sales director of Allstein GmbH; Chris Horton, former Senior Vice President of SGS; Ken McGuire, Research Fellow at Procter & Gamble; and Jean-Paul Duquet, Director of Sustainability, Flexible Packaging Europe.

The Kodak Flexo Innovation Awards have been created in order to valorize the role which Kodak customers have played in the evolution of flexographic technology, and in order to attract the attention of the market to its growth over the last 10 years. A unique one-off event, like the Flexcel system’s 10-year anniversary, these awards are different from the many others recognizing quality printing. The prestige of the promoters and judges, and the high media exposure that will accompany it (supported by Kodak’s communication team’s work on the candidate profiles and case studies provided), promise major advantages to participating printers, who will have the chance to show off their current capabilities, enhancing the company’s profile and positioning themselves as protagonists in the development of flexographic technology. Also enticing is the prospect of being invited to the exclusive award ceremony, which will be held in early 2019, with Kodak’s top management in attendance, along with the judges, international press and the cream of the industry.

…of its flexographic packaging division. The gains from the transaction will be used to pay off debts. The multinational will focus on areas of superior growth: Sonora environmental plates, inkjet, workflow software and brand licensing. Read the full article here (in italian).

K 2019: get the best information because the challenges are many

The Innovation Alliance 2021: here are the dates 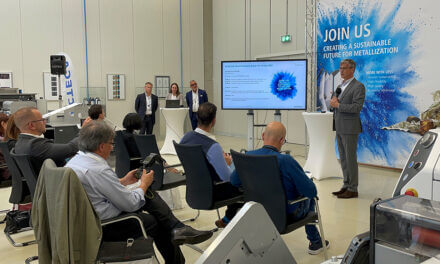