Lively cabaret show in the style of the 1920s, with live music and family management, for the Diamond Awards in digital-pandemic version, streamed from Antwerp on April 22 during Virtual drupa. At aperitif time, the beautiful presenter of all time Anne De Baetzelier paired with a surprising Wim Buyle, Vice President of FTA Europe (a future in the show!) announced finalists and winners of the 14 categories of the competition: 12 different types of print flexo sponsored by as many companies supporting the award, in addition to the Special Award assigned by the European federation of printers Intergraf and the Lifetime Achievement, the new recognition to those who “leave their mark” in the world of flexography, won in this first edition by Jean -Pierre Bonnet (Honorary President of ATF France). 600 registered for the event, from 41 countries around the world, who were able to connect and greet each other via chat, joining the collective applause, chatting with “table” mates or talking “tête-à-tête” with friends with which you find at conferences and parties.

In its third edition, the 2021 competition brought the winners of the previous year’s national awards to the fore. 180 printed matter were presented by the national associations, of which 5 per category selected for the nomination and 36 + 1 (the special award) awarded first, second and third placement by the sponsors, together with the prepress companies that contributed to their success. 9 Italian printers were awarded, with three diamonds to Eurolabel, Grafiche Pradella and Sacchettificio Nazionale G. Corazza and excellent placements of Cartotecnica Postumia, Carta Stampa, Fratelli Magro, Niederwieser, Sititalia and Toppazzini.

The Best in Show was awarded to DS Smith Packaging Savoie for the ‘¼ BOX Frucci’ work, with a special mention to the prepress company Chemence Graphics. 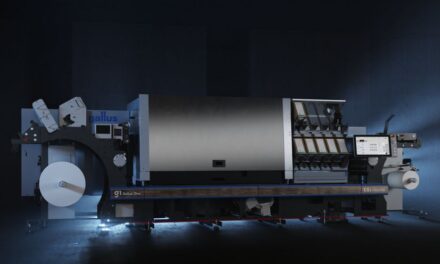