The Italian printing and converting machine constructors’ association is approaching the end of the year with an intense program of activity that brings advantages and opens new opportunities for its associated – and now even federated – companies.

Internationalisation, ongoing training, communication and – and an evermore important section – the updating on the technical norms governing the segment, where the association is not a simple observer but performs an active role, tackling the issues of the sector via its expert (a lady by the way Ed.), who presides over and coordinates the national (UNI) and international (ISO-EN) work tables. Acimga’s activities are multiplying, and so too their scope, and the adhesion of new associates is increasing accordingly. With, on top of that, one has a further extension of the horizon created by the incipient federative cooperation, between Acimga, Assografici and Assocarta. In this interview current president Aldo Peretti reviews the situation.

In your inaugural address after being elected President of Acimga, you underlined how the objective of the association is to aggregate and involve all the types of company that make up the varied world of converting: small and large companies, machine but also accessory and components producers as well skillcentres. How do you intend relaunching the associative commitment in this direction? What advantages can actors gain by joining Acimga?

Italian production is rooted in the small-to-medium sized concerns. In a view of globalisation and competitive challenge on the world markets, the support that the associations can give to the fabric of Italian companies is strategic – on the short, medium to longterm – both at a commercial and marketing as well as at a technological and financial level… and involves the entire sector community. Within the association, what is more, synergies are created between SMEs and larger concerns, creating aggregations inside the sector, between technology and components suppliers, machine builders, direct customers and end users – including the B2C brand owners. In this process Acimga plays an important role as a force that collects together a growing number of stakeholders and actors in the sector, who have already doubled compared to the outset in 2013. And in this direction, the idea of further doubling the number of members does not appear so utopian: in this period, for example, the directory committee is examining some important candidatures, put forward by prime national but also international concerns that operate in Italy with production works.

The reform of Confindustria has stimulated the aggregation of forces, resources and projects inside the print-graphics segment and hence, between Acimga, Assografici and Assocarta. What concrete projects are you proceeding with together? With what prospects and further benefits for the associated companies?

As part of the program that aims at empowering and optimising the effectiveness of the institutions and sector companies, Acimga has taken on the task of managing the activity of internationalisation. The project was started up in June this year and hence it is still in its infancy; all the same we have already commenced a number of initiatives, aboveall on the exhibition level. We have started off ensuring the presence of both the associations as such as well as the single companies at the large international sector events. Compared to the past hence there will be fairs in which the associated companies will feature under the Federation umbrella, to make the most of the sector synergies, and others in turn presided over by the associations or the single companies. With openings in shows and markets of certain interest and hitherto never presided over.

[su_box title=”Standards and technology: a vademecum for associates” box_color=”#e6000a” radius=”5″]

In the rich program of services that Acimga offers to its associates, a section is acquiring growing importance. This is the continuous update on legislative procedures and on technical standards of interest to the sector, guaranteed by a known expert. It is divided up into monitoring activities and in-depth studies on specific themes, where the companies that take part can pose questions and demands knowing they will not go unanswered, given that the same expert also coordinates the UNI tables and will take part in the meetings of the analogous international normative bodies, contributing to the drafting of ISO, EN and UNI projects and norms. All this work will feature the drafting of a series of exclusive vade mecums, that will offer a periodic compendium and update on the state of the art, providing associates with a precious worktool on a specialised subject that is difficult to access.

One of the associations most qualifying program points concerns the internationalisation of the companies and valorisation of Made by Italy: what are the most important undertakings involved?

Acimga is directly committed to the national Industry 4.0 plan, that we contributed to devising within Federmacchine with the Italian Minister for Economic Development. This is the context into which one should insert projects with the purpose of promoting and valorizing the technological excellence of Made in Italy on the international markets. Markets, we reiterate, already very sensitive to the prospects opened by the new digitalised and connected economy, and on which other players from other countries (Germans first and foremost) present themselves as the most leading edge. There are many things to proceed with and at various levels. Currently we are particularly committed to promoting the coming Print4All 2018, that represents an ideal occasion for reaffirming the strength of Italian production. Meanwhile, among the many concrete actions fielded to support the companies in their drive towards internationalisation, we are implementing a search program for logistics centres on the main European markets, that act as landmarks in view of synergy of spaces, costs and services.

For the exhibitors Print4All 2018 represents an important opportunity for valorising ones own products both on the Italian market as well as with international visitors – expected from all over Europe but also from the countries of north Africa, the Maghreb and the Near East. What is the contribution of Acimga to the success of a project that is as original as it is ambitious?

Acimga is committed up front in the road map that promotes Print4All 2018 in the world, as a central step of that great international event that is the innovation Alliance. Over the coming months hence we will exert ourselves on all the international markets – starting from the closest at hand, on the other shore of Mare Nostrum – to create the max. interest in visitors and potential customers. The objective is to allow people to understand that the Italian fair will be a totally predominant event in the world panorama, even in comparison to the corresponding German fairs. 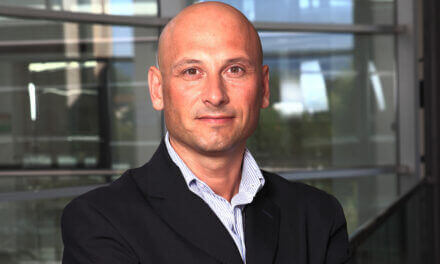