Printing and converting market in Indonesia

Thanks to the collaboration between Studia.Bo and Acimga, that provides associated businesses with a variety of specialized reports per product and sales area, we can offer readers a selection of exclusive and up-to-date market data and analysis concerning economies most attractive to export-oriented companies. In this issue we focus on the growing market of Indonesia. The import of printing presses grew by 16.9% in the last 9 years, and the forecast of further growth is still around the 10%. It is above all in the period 2009-2017 that the Indonesian market recorded particularly favorable dynamics, with an average annual increase of import of +13.4% in value. This trend is expected to be confirmed also in the average for the period 2018-2021, as well highlighted by tables below on the following page. Showing an average annual growth of + 7.7% from here to 2021. On the other hand, the same considerations about growth of imports do not apply for the bookbinding segment and paper converting machines. Book binding machines had a growth boom in the period 2001-2009 and then decreased rapidly between 2009 and 2017. Paper converting machines saw their growth in the Indonesian market in the period 2009-2017, but they are not projected in a positive way over the next few years. If we abandon the overall analysis of imports onto the Indonesian market and instead focus on imports from Italy, the converting market can be seen to offer the best expectations for Italian companies. In a market that showed a decrease in the value of imports from Italy in the period 2009-2017, the best prospects for 2018-2021 are instead outlined. Analysts expect an average annual growth of + 16.6% for this sector, that today is worth € 8.4 million for Italian producers. The growth prospects for printing presses are equally important, but lower than those of converting machines. Between 2009 and 2017 the volume of imports from Italy grew by 14.2% and the projections for 2018- 2021 show a CAGR of +7%. Anyway do not forget that the absolute value of turnover for this segment is today equal to 16.2 Million Euro. It means that, according to StudiaBo report, Italian converting and printing manufacturers will have an available market of around 28 million euros in Indonesia. A look of detail

In the tables below we can observe the trends of the total imports of printing and converting machines in Indonesia starting from 1995 to now. 2009 was the turning point for the Indonesian market. For the converting machine market it was the beginning of a technological update after the first industrialization of 1997. Also the printing machines in 2009 took a leap forward in the Indonesian market. Printers market reached the maximum point at the beginning of the decade (about € 1.8 billion), then saw a downsizing to the actual value around 1.4 billion euros. For the converting machines market the maximum point was reached in 2015 with about 500 million euros, and then returned in the last years around 300 million euros. In the last tables we see how the various international manufacturers position themselves in the Indonesian market. The tables link the value of the export to Indonesia (horizontal axis) with the average price of the machines (vertical axis). We can see the growing importance of imports defined as “premium-price”. In the converting machines sector, high and medium-high prices represent around a third of the market. In the printing press sector, their incidence reached 49% of the total imported last year; There are therefore areas of growth for Italian companies, which today have an offer with prices lower than the German competitors (leader in the converting machines sector) and Japanese (which in turn are leaders of the Printing machines sector). 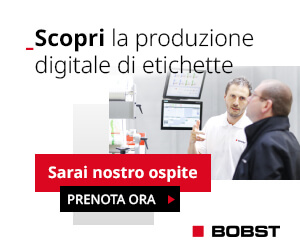